When I tell the French people I meet that I’m a writer, they often ask if I write in French.

‘Why not?’ they ask. ‘You’re pretty much bilingual.’

That ‘pretty much’ is what has always stopped me. How can I possibly nuance my language, weave a subtext, hook the exact word I’m fishing for from the little pond of French I possess? Come on: it’s difficult enough to do this in my native English.

I have tried. A few years ago a literary friend invited me to her French creative writing workshop. When I eventually summed up my courage and went along, I discovered that it was a surprisingly stimulating experience.

Knowing I couldn’t expect any elegance from the French corner of my mind, I felt more liberated than in English workshops. My creations were basic but the ideas, associations and images flowed easily and naturally. By letting go of my language expectations I was able to focus more fully on the narrative.

Much as I enjoyed the other participants’ poetic prose, though, I was unable to write a satisfactory piece in French.

So I was intrigued to see the title ‘Why Write in a Different Language?’ featuring as one of the discussions at the European Literature festival in Cognac last November. I hurried along to listen to the panel of authors, who all write in non-native languages. 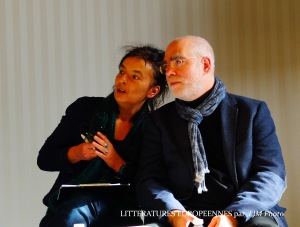 There were two Slovak authors, Jana Benova (has written in Czech) and Irena Brezna (writes in German); a Czech writer, Lenka Hornakova-Civade (French); and the Russian writer Vladimir Vertlib (German). It turned out to be one of the most thought-provoking themes of the festival, and one that remains with me three months later.

Lenka argued that your native language is one of emotion. In your mother tongue, the emotion surges out and grips you as you write. Writing in a different language, however, gives you the distance you need for the surgical precision of the job. 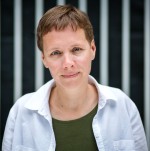 Jana agreed that when writing, you’re searching for the clearest way of communicating, and suggested that this distance can also be achieved in terms of letting time pass or writing in a different location.

Vladimir talked about dogs: when he says his native Russian word for ‘dog’, he can smell and feel the animal. But when he says the word in German, there is a space between the word and the feeling. This made me think how feeble the French swear words sound to me, compared to the strength of English ones. Now I know why.

There’s also a freedom in writing in a different language, according to Irena. She’s sometimes horrified when she reads her German work once it’s translated into her native Slovak: not because of bad translation, but because she’s shocked to think she could have written those things. The distance she felt when writing in German is lacking when she reads her translated words in her native language.

Jana confirmed this and quoted the results of an interesting study. Apparently, when you use your mother tongue you respect your morals, whereas you morally let go of yourself in a foreign language.

You have been warned, Ex-pats. No casting aside of your morals here, please.

The panel also explored the difference between translating into a different language and writing in that language.

At the time of the Cognac festival, Lenka was in the process of translating a French work into her native Czech. She pointed out that when translating you must respect what is written rather than interpreting the author’s intention. The result of her translation, both in terms of sonority and meaning, didn’t resemble what she would have written in Czech.

Vladimir put himself firmly on the writer side of the fence for this very reason, admitting that he would be tempted to rewrite rather than translate.

He brought the discussion back to the freedom of a non-native language, saying that you actually re-invent a language when you adopt it: you create your own nuances that enrich your use of it.

Lenka suggested this is because you don’t have the codes you learn from growing up in a language. And Irena added that German readers have told her that her use of German is more beautiful than native German.

I particularly liked Jana’s reference to Samuel Beckett – an Irish writer who lived in France and wrote in French. He apparently said that he knew English too well to write in this language.

Who knows? Perhaps, one day, I will know English so well that I’ll be able to write in French! Though with over a quarter of a million distinct words in the English language, there’s still a way to go.

And, to be honest, I like writing in English. I like the way it keeps me in touch with my origins.

If you’d like to read more about other writers who write in non-native languages, there’s an article on the Telegraph website here

16 thoughts on “Casting Aside your Morals” 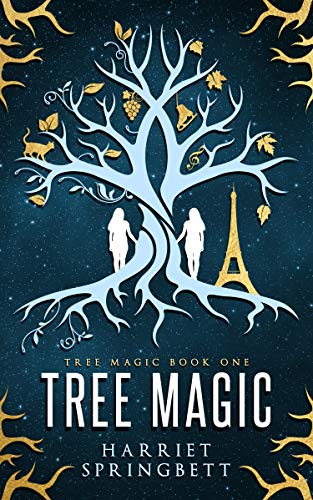 The sequel to Tree Magic, published by Impress Books on 6 Oct 20