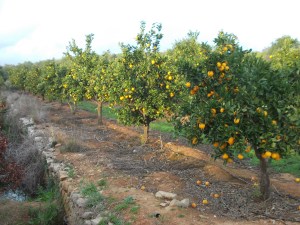 It’s January and I’m running in T-shirt and shorts.

The sky is blue. There’s no wind. And look, I’ve just seen my first almond blossom of the year. Wild buttercups carpet the tilled land in the olive groves. Citrus trees drip oranges and lemons like Christmas tree decorations. And was that a whiff of orange blossom on the breeze? 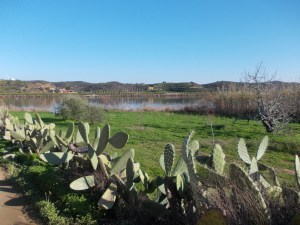 “Where on Earth is she?” I hear you ask.

I’m in the eastern Algarve, Portugal, not far from the fishing town of Tavira. This isn’t the tourist end of the coastline, with its sculptured cliffs and blue seas. This is the land of salt marshes and fishing boats.

It’s still (just about) authentic – accent and all. It’s where my dad lives. I’m spending a few weeks writing to a deadline and looking after him.

I first came to Portugal in 1996, when my parents drove through France to take their caravan to the rocky wasteland field they’d bought on an impulse. The hair-raising journey included highlights such as towing the caravan up the steep side of a Pyrenean mountain. In the dark. In the fog. In first gear (Dad’s an adventurer).

A few days later we arrived in a land of red-soiled humps and low, dark-green vegetation. Many of the sinuous roads were tracks or, at best, cobbled. Makeshift stands sold oranges on the roadsides and most of the local traffic was donkeys and carts. Tavira was a run-down fishing village without the slightest hint of tourism. 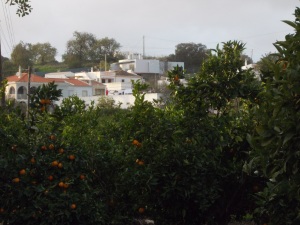 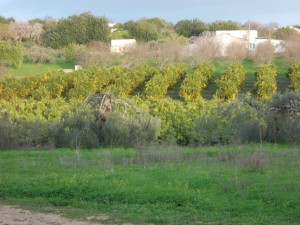 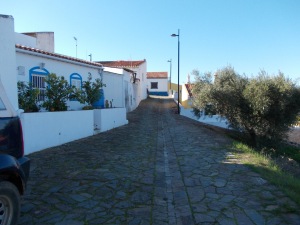 I never fell in love with Portugal. I’m more a mountains & gorges person (as long as there’s no caravan) than a Mediterranean landscape person. The Algarve is quaint but, because I don’t speak Portuguese, the interesting part – the culture – remains inaccessible to me. The culture is the personality of a country. And everyone knows that personality is more important than appearance, don’t they?

The eastern Algarve has changed in the 24 years since I first visited it. Under the European Union, the Portuguese have discovered tarmac, cars and concrete. They are losing their ‘fix-it’ attitude. Tourists flock in the face-lifted Tavira streets.

Yet, though I preferred the old-fashioned Portugal, this country has grown on me.

Am I getting old?

It has grown on me because it’s become a sanctuary. I like to come here to write. There are fewer distractions than at home: for starters, Dad doesn’t have an Internet connection – and I’m still resisting smartphone technology. I get up at 6am to write, which I do until mid-afternoon. Then I go running. 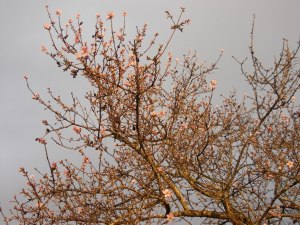 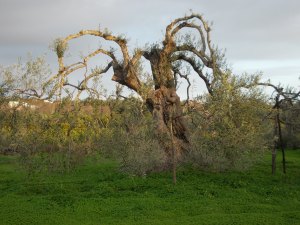 This is the moment where I breathe in the authentic Algarve village life. I run past dry stone walls, admire umbrella-shaped olive trees, startle white egrets feeding in the groves. I bid the smiling, wrinkled old ladies, who lean on their gates and gossip, a cheerful “Hola. Boa tarde!”

The men hanging around the 5 bars in Dad’s village of 400 people don’t get the same favour from me. They’re a bit scary. Nor do the packs of wild dogs that stake out the tracks. They’re very scary. I run straight past them, my eye fixed on the horizons of blue sea or red hills, one hand holding tight to my pepper spray. In the other I have the bag of wild spinach I’ve collected from the verges. 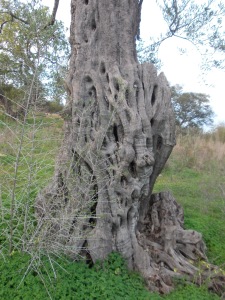 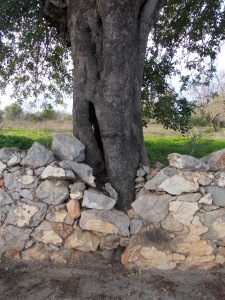 (Typically, the day I took my camera was the day the clouds arrived).

In the late afternoon I do tasks for Dad, most of which include cooking, cleaning, gardening (being careful not to disturb any venomous millipedes), moving heavy things and dealing with the swimming pool.

Actually, I’m not sure he’ll ever let me deal with the swimming pool again.

Last year I spent lots of time investigating the pool and writing procedures so my sisters and other visitors could manage it. The pool isn’t complicated. I’m an engineer. I understand how the filtration & pump system works. So, yesterday, while Dad was having his siesta, I took out last year’s notes. I backwashed the filter, hoovered up the dead algae, cleaned the pump filter. Dad was happy he wouldn’t have to touch it for another month.

This morning, when I saw the pool, I screamed.

What did I do wrong?

“Sand in the transfer valve,” Dad says. It’s not my fault. Not a single swear word passes his lips. My dad is ace.

My dad is ace and it’ll soon be time to leave him again. The house & garden are more or less shipshape. The pool is clean, even if it’s now a paddling pool rather than a swimming pool.

And I’ve finished the edits suggested by my lovely beta reader for my third novel. Next week I’ll send it to my publisher and then the nail-biting period of waiting for his feedback will begin.

For that, it’s better that I have some distractions. Lots of distractions – which is lucky, since there will be plenty of them at home, in France, with my family and friends. And the Internet. 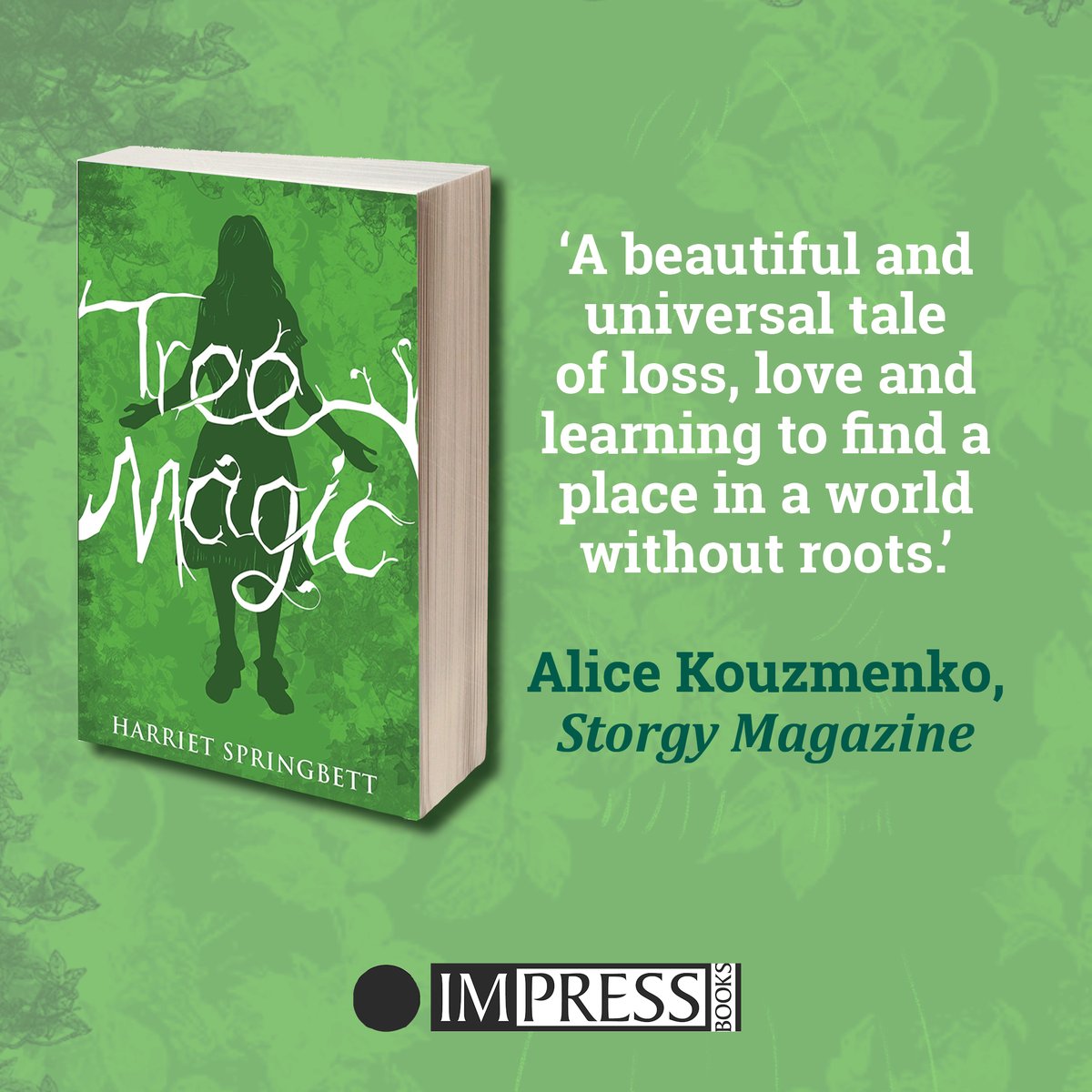