For information and news about my novels, please see the Novels tab.

The page below is for news about my short stories, workshops, judging, press interviews, author talks, school visits and other writing news.

The writers group ‘Keysmash’ invited me to give a 2-day workshop in the Gers (France) on 1 & 2 December.

I was warmly welcomed by Rosie, along with her dogs and horses, and then we spent two days working hard with eight members of her writing group. Unfortunately, Ginster – who had organised my invitation – was ill and couldn’t attend.

Each of the ten members sent me a piece of work to critique beforehand, and we established their needs based on this work and other ideas. I planned three separate workshops: Focus on Prose, Starting Stories and Building Scenes. I also gave each of them individual feedback on their finished stories.

I can’t believe how incredibly hard they all worked! Not only did they write some fab prose, they also were willing to rip everything apart and play by the ‘new’ rules I introduced.

Keysmash is an inspiring example of how supportive a writing group can be.

I hope everyone found something useful to take away from their weekend. I certainly did!

I’ve been invited to lead a workshop in Champagne-Mouton, France, hosted by the lovely Kate Rose from the Charroux Literary Festival. It’s taking place on Wednesday 6th June 2018 and places are limited.

We’ll be practising moving from character to story – by which I mean how to turn your protagonist character sketch into an unputdownable story. The workshop will last 2.5 hours and will be followed by lunch together.

Find out more on the Meraki facebook event page here.

I’m flattered to have been invited to judge a short story competition in June 2018: the Segora International Writing Competition.

Send your best work! I can’t wait to discover some new storytelling voices. 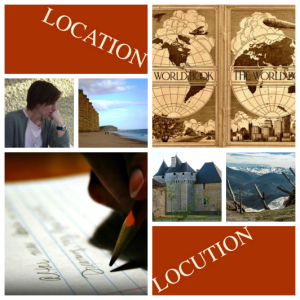 Here is a link to the interview, in which Tracey asked me to explore the effect of living in France on my writing.

Many thanks to Tracey for the beautiful presentation of this piece.

I share the same publisher as Tracey (Impress Books) and was honoured to introduce her speech at the recent Charroux Bilingual Literary festival. 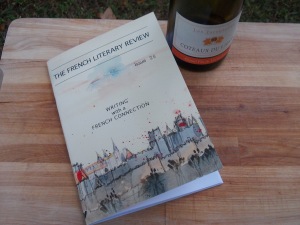 My short story ‘Quark Soup’, which was a prizewinner in the Segora International Short Story award 2016, has been published in issue 28 of The French Literary Review, with kind permission from Segora.

I hope this makes it more accessible for people to read – this is certainly the case for my daughter, who is reading it as I speak (and asking me to translate the difficult words into French for her).

Thanks very much to the editor, poet Barbara Dordi.

I am very, very proud to announce that my short story Big Bones has been shortlisted in the Bath Short Story Award.

There were 18 shortlisted stories out of the 1100 entries, so you can understand why I’m so pleased.

Five winners were selected by literary agent Euan Thorneycroft from A M Heath, who said that all the shortlisted stories ‘left a mark’ on him. Congratulations, guys!

The shortlisted stories (including mine) will be collected into an anthology, which will be available later this year. And I’ve been invited to the launch party this autumn. I’m looking forward to meeting the other shortlistees, who include Catherine Finch from the Parisot writing group in south west France.

I was invited to write an article about writing for the renowned Writers’ and Artists’ Yearbook website in June.

Clare, the editor who made the request, had been reading this blog and liked what she saw. It just shows that blogging has its uses (other than being fun)!

You can read the article, ‘Going Public’,  here.

Thanks to Clare and the Writers’ and Artists’ Yearbook for this opportunity.

One of my stories has just been longlisted in the annual Fish Publishing competition. This may not sound like much of an achievement, but I’m delighted because the standard is very high.

There were 1300 entries, of which 190 were longlisted. 40 of those were shortlisted and the top 10 winners will be announced on 17th March. You can find the listings on the Fish website here.

A local radio station in Charente, RCF Charente, has featured me in three of their Anglofile programmes (in English) over the past couple of months (November 2016 – January 2017). The host, Helen Millar, was one of the founder writers of East Enders, so we discussed writing and I read some of my work in each of the 26-minute programmes.

In the first, on 29th November 2016, I read Chapter One of Tree Magic. You can find the archived recording here.

In the second, on 24th January 2017, I read my French Resistance short story ‘Ami Entends-tu?‘ and discussed writing inspiration and schedules with Helen. You can find it here.

In the third, aired on 31st January 2017, another local writer, Alan Lees, and I read more work. I read the beginning of my short story ‘Quark Soup‘. This story was placed 3rd in the Segora International Short Story competition 2016 and is available to download and read from the ‘My Fiction’ tab of my blog. You can listen to the radio programme here.

If you live in London, you’re lucky enough to be close to the London Lit Lab, an organisation for writers that runs courses and mentoring programmes. Leaders Zoe Gilbert and Lily Dunn are creative writing teachers and love to share their experience with up-and-coming writers.

In December 2016 they ran a competition in which they posted prompt photographs on their Twitter account and invited people to tweet the first line of a story (obviously, 140 characters long).

@HarriSpringbett: My new life birthed in a nest of flame and a flurry of white feather. Heaven, I thought. But then I smelt the scorching swan.

Earlier this year (2016) my short story Three Goddesses was selected for the Book A Break competition anthology. This is an illustrated compilation of 21 dark, cultural, historical and amusing stories about cats. The competition prompt was a paragraph about cats taken from Curtis Bausse’s novel One Green Bottle.

I’m pleased to tell you that the anthology, Cat Tales, is now available as a paperback book here. You can also pre-order it as an ebook on Amazon – the release date is 15th December 2016. There’s even a Facebook page for the anthology.

All proceeds will go to the ‘Against Malaria Foundation’ and ‘Cats Protection’ charities.

I’m pleased to announce that my YA novel Tree Magic is now available to pre-order from Amazon. It will be published on 9th January by Impress Books’ digital-first imprint Watchword.

13-year-old Rainbow travels from England to France, through secrets, fears and parallel worlds, to discover whether her ability to communicate with trees is a gift or a curse.

Yippee! 3rd place in the Segora International Short Story competition 2016 for ‘Quark Soup’ – a competition judged by Amanda Hodgkinson (who wrote the bestseller ’22 Britannia Road’) and organised by Gordon and Jocelyn Simms. Congratulations to Fleur Smithwick (1st) and Anne Woodford (2nd), whose writing I admire enormously. I feel honoured to have my name alongside theirs on the announcement here. You can download and read Quark Soup here.

One of my short stories, adapted from my novel-in-progress, was short-listed for the Sunderland Short Story Award 2016.

I’m thrilled to announce that Watchword, the digital imprint of Impress Books, will be publishing my YA novel Tree Magic in January 2017. Here is the announcement on the Impress blog. You can find their website here. I also have an author page, and Tree Magic has its own page here.

‘Ami, Entends-tu?’ has just been published in the October 2016 edition (issue 26) of The French Literary Review. Other featured contributors include David Batten, Sue Burge, Geoffrey Godbert, Helen Pizzey, Sally Spedding and Will Kemp.

My flash fiction piece on the theme ‘Iceland: a land of storytelling’ reached finalist position in the recent Iceland Writers Retreat competition 2015. There were 331 submissions and 3 winners. You can read the winners’ stories here. And you’ll find my entry in the ‘My Fiction‘ tab of my blog.

I was delighted to receive a ‘Commended’ in the recent Segora International Writing competition 2015 for my short story ‘Shingle and Sand’.

The judges wrote: Shingle and Sand: (Harriet Springbett, France) An evocative, beautifully written piece conjuring up an old man’s memories, with the rhythm of the sea.

I’ll be reading an extract at the presentation evening on Saturday 19th September 2015 in St.Clementin. Fingers crossed that I don’t develop a stutter between now and then!

My short story ‘Ami, entends-tu? (Friend, do you hear?)’ has been placed as one of two runners-up in the Living Magazine writing competition 2015. Don’t worry about the French title – it’s written in English. You can read the story here.